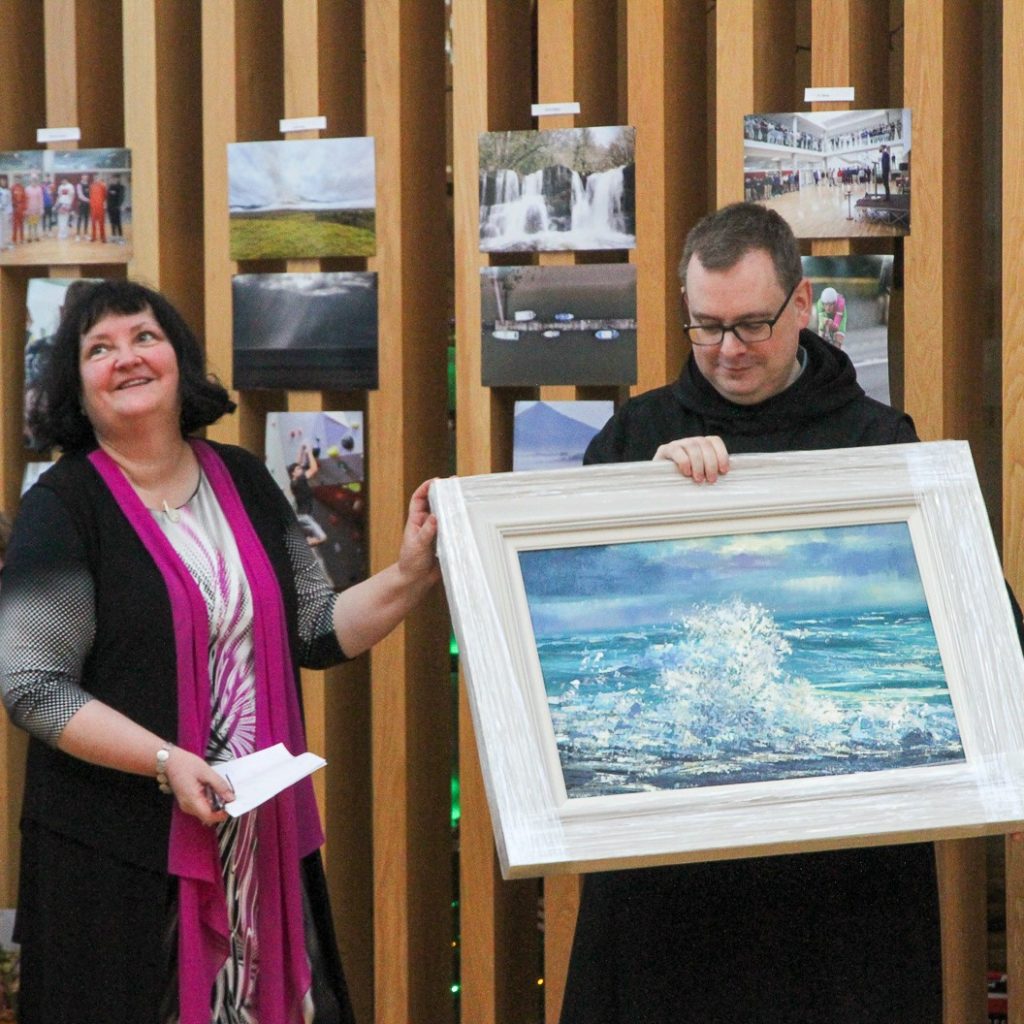 Wednesday 15th December was the last day before the Christmas exams and was marked by three very special events for the whole school. https://remotepilot101.com/ Staff and students gathered in the abbey church first thing for a Carol Service and the final session of the first Glenstal Flourishing Arts Festival took place just before lunch. Between these two events, the entire school community gathered in the Atrium for a special Assembly to mark the departure of two valued members of staff. It was the last day in Glenstal for Anne Marie Ryan of the school Reception and Admissions Office. It was also the last day of classes before Carmel Honan departs the office of Principal at the end of term.

It was an occasion of both sadness and joy, as colleagues and students expressed their gratitude for and appreciation of Carmel’s service and leadership in Glenstal Abbey School over the past five years. Headmaster, Fr Martin, opened the proceedings with a reflection on the changes in the school over Carmel’s period in office, and reminded everyone of how challenging the role of Principal is, both in terms of the workload involved and the expectations of staff, students and parents. He contrasted this with the many wonderful parts of the job that are life-giving and rewarding, concluding with the wish that as Carmel leaves Glenstal, she will find that the days that caused joy and satisfaction will outweigh the days that were more challenging.

Acting Deputy Principal, Helena Foley, then spoke on behalf of the teaching staff. She praised Carmel’s leadership and professionalism warmly, noting how Carmel has supported and encouraged teachers in their careers and professional development, and given the teaching staff new confidence and purpose. She also spoke of Carmel’s great kindness and patience, and her availability to support staff and students in times of personal challenge or difficulty.

School Captain, Luke Nicholas, followed, speaking on behalf of the student body. Noting that for 6th Years like him, Carmel has been a fixture for most of their secondary education, he too highlighted Carmel’s compassion, patience and open-door availability. He spoke of his gratitude to Carmel for making Glenstal Abbey School a kinder place, and paid particular tribute to her for organising the Arts Festival that had been taking place all week, thanking her too for her encouragement of the arts generally during her time as Principal.

Fr Martin then concluded the tributes, by speaking of Carmel’s love for the Atlantic coast, expressing the hope that she would now have more opportunities for recreation and restoration by the sea. He read Seamus Heaney’s poem Postscript, with its encouragement to “make the time to drive out west … when the wind and the light are working off each other so that the ocean on one side is wild with foam and glitter”. Having evoked this beautiful image of the Wild Atlantic Way, he then presented her with a most striking painting of the sea at Doolin on a stormy day, painted by former Glenstal Art teacher, Henry Morgan. Carmel  explained afterwards that she had the privilege of hearing Seamus Heaney reading Postscript at the Merriman Summer School in Lisdoonvarna in August 2013, just two weeks before he died, and so the poem, with its call to go west to the sea, was particularly special for her.

With the bell ringing to signal break-time, Carmel herself concluded the proceedings with a brief but poignant address to everyone present, assuring them that she will carry them with her as she moves on from Glenstal. After cake in the staffroom, and two classes, everyone gathered again for the fifth and final session of the Arts Festival. Having dreamt up and organised the event, it was fitting that Carmel would herself perform during the final session. Unaccompanied, she sang Homeward Bound, by Marta Keen Thompson. It was a beautiful and evocative prelude to her move to new things.

“In the quiet misty morning, when the moon has gone to bed,

When the sparrows stop their singing and the sky is clear and red,

When the summer’s ceased its gleaming, when the corn is past its prime,

When adventure’s lost its meaning, I’ll be homeward bound in time.

Set me free to find my calling and I’ll return to you somehow.” 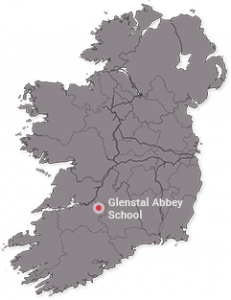